I am delighted to report that we have now submitted the EGM letter to Nominet!

Since the PublicBenefit.UK action went live, support for calling the EGM has been nearly universal.

As I write this, 143 members, representing an incredible 11.9% of Nominet’s total voting rights, have come out in support (that’s more than turnout at the last 3 AGMs). In addition, 3 of Nominet’s Founders have also lent their weight, with Nigel Titley (Nominet Founder) on record saying;

"I urge all Nominet members to support this EGM motion and return Nominet to its original aims of serving the UK internet." (full quote below)

The support and passion for restoring Nominet has been heart-warming and I thank everyone who has recognised the need for this rescue attempt.

There have been only 2 opposing voices;

Both opponents to the movement seek to belittle the support for the action. Russell Haworth saying it's “a small amount of minority members” (when it exceeds the turnout at any recent AGM) and Michele that; “Many of the people involved with this latest campaign have been long-term critics of Nominet.” ignoring completely why that should be considered normal.

In doing so, they’ve neatly proven one of the campaign's primary criticisms; that management doesn’t listen to the membership.

Russell Haworth, Nominet’s CEO, starts his defence with the following statement; “an EGM and change of board at this time would be highly destabilising to Nominet”. (Is there ever a good time to have to rescue a company?)

Michele Neylon’s part news, part opinion piece posits the same fallacy; “Ousting the CEO and the MD of registry operations could wreak havoc on the operations of the company and staff morale.”

Both seem to miss the more obvious and serious questions these statements raise, such as;

The obvious conclusion is that claims that this could be destabilising to Nominet are propaganda designed to preserve a self-serving board. As one astute observer noted;

“...implying that he [Russell Haworth] needs to keep having the cash shovelled in his own personal direction otherwise the NHS staff who have worked so hard and with such dedication during the pandemic might suffer. Cynically trying to hitch a ride on the back of their efforts in order to help his own cause is an utter disgrace.”

The current leadership team has lost sight of their responsibilities and role. They have marginalised members in their quest to pursue further riches for both themselves and the company, forgetting entirely the not-for-profit principles Nominet was founded on.

"The original founders set up Nominet in the spirit of cooperation and mutual benefit which pervaded the internet and which made it one of the best places to be at the end of the 20th Century. Provisions were built into the Articles to make it not for profit and to operate for the benefit of members and as a public service.

Sadly these ideals have steadily been eroded and the current board seems to be operating Nominet as a money making machine with little thought to its original purpose. Attempts have been made to correct this sad state of affairs but the reports critical of the management of the company have been ignored.

I urge all Nominet members to support this EGM motion and return Nominet to its original aims of serving the UK internet."

The current leadership team have placed the company's stability at risk by ignoring Nominets public benefit character, focusing on commercial for-profit activities and marginalising members to such a large extent that they’ve had to call an EGM to be heard. The trust is gone. The PublicBenefit.UK actions calls for a balanced proposal that upgrades the board to better prepare it for the future.

Given that this wasn’t clear enough from the 1 page EGM notice (I’m looking at you Michele) let me state it in more simple terms; the action seeks the removal from the board (not the company) of 3 employees. We have no expectations whatsoever that this should cause any form of instability. And nor should you. (Also, Michele, we had a zoom call on the 20th, and I shared the site with you on the 29th, 2 days before you posted. If you didn’t understand what was being proposed or had any questions you could have followed up with me before posting misleading commentary on the Internet. You had my contact details and I would have made myself available.)

Both Sir Michael Lyons and Axel Pawlik are known individuals with a superb track record in their respective fields of Governance and Membership Engagement. Crucially, they hold the trust and hopes of the membership, which cannot be said of the current board. They will inspire confidence, promote stability and begin the work of restoring Nominet’s reputation both at home and abroad. Something I think every member can get behind. Why else would all segments of an educated and informed group (the membership) be voting for them in record numbers?

Without exception, the membership is interested in the success and stability of Nominet and .UK. 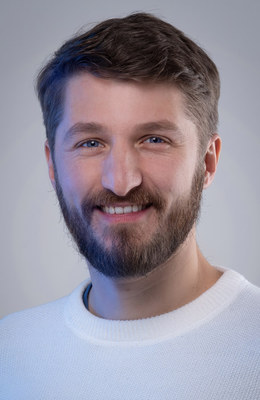