Drupal and WordPress have been around for about the same duration of time, with the very first version of Drupal being released by Belgian software programmer Dries Buytaert just two years ahead in 2001. But since then, the paths of these two open-source “cousins” have diverged significantly.

WordPress simply skyrocketed in usage, becoming the world’s most popular content management system (CMS) today. Meanwhile, although Drupal initially enjoyed strong interest, much of this interest fizzled out over time - to the point that many people don’t even have Drupal on their radar when they consider what to use for their website. According to Builtwith, around 582,000 live websites are running Drupal right now, and such market share is peanuts compared to how WordPress currently boasts over 60 million users.

In light of this, is Drupal dead? In other words, is it still worth using for your website? Read on as we evaluate whether this is the case.

Reasons that beg the question… is Drupal dead?

Interest in Drupal as a CMS option has drastically decreased over time and it’s hard not to notice. Is WordPress just a superior option? And if so, why? We can’t ignore that there are some disadvantages of Drupal that begs the questions, is Drupal dying out?

Drupal can be quite difficult to use

Unless your web host offers one-click Drupal installation (we do, by the way!), you’ll need to install Drupal on your website manually. The official Drupal.org website lists this as a six-step process:

For non-techies, this can be quite a daunting process and a disadvantage that they’d rather not go through if they can help it.

And even after setting up a fresh new Drupal site, there’s still the Drupal interface to get the hang of. This involves learning concepts such as views, nodes, content types and fields, and understanding the differences between all of these.

Contrast this to other popular Drupal alternatives: if you want to build a website, then you might be better off with WordPress, which doesn’t have a steep learning curve. Most web hosts offer one-click WordPress installs, and navigating the WordPress interface doesn’t involve learning many more technical terms. On the other hand, if you want to build web applications, then Symfony is a favoured choice.

“[Drupal is] too complex for the simple website … and just too poorly designed for complex use scenarios. Use cases where it is a good choice are extremely rare, and especially recently with headless CMSs being a thing, I'd much rather go from WordPress directly to an actual application (with Symfony, Laravel or whatever) with content taken from an API.”

There are fewer Drupal developers

Another major disadvantage of Drupal is that, as a PHP-based ecosystem, Drupal lost many developers when JavaScript frameworks such as React and Angular exploded in popularity, and Drupal developers jumped ship to ply their trade in these hot new frameworks.

The pool of Drupal developers only shrank further as Drupal developed. That’s because over the years, Drupal’s architecture grew in complexity to the extent that some developers found they needed more specialised knowledge to build and maintain Drupal websites. And the incentives to delve into Drupal weren’t that attractive: why specialise in Drupal when, for example, being a WordPress developer can help you tap on a much wider client base?

The result is that there are fewer Drupal developers available, and those who do still develop in Drupal charge higher fees because their skill is lower in supply. New Drupal users may hence find it more difficult to engage a Drupal developer whose fees meet their budget.

So what happens after that? Businesses and website owners are deterred from using Drupal, which then causes more Drupal developers to exit Drupal for better work prospects. And the vicious circle only continues.

The Drupal community has become less active over the years

Take a peek into the Drupal community forums and you’ll see that many of its forum categories have gone dead. As of writing:

It’s not a good look.

The other forums that cater to technical Drupal issues fare somewhat better. For instance, the “Installing Drupal” and “Upgrading Drupal” forums have more activity. Though this doesn’t guarantee you a response should you post there — some posts have zero replies after being posted two weeks ago or more.

Even if you are lucky enough to get a response, however, you’ll realise that there is only a handful of usual suspects who regularly post in the forums. While we salute these users’ dedication, the lack of variety in users helping to answer forum questions suggests that many users of the Drupal community have left for greener pastures — or that people aren’t even venturing into Drupal much these days. So, is Drupal really dead?

Benefits of Drupal that is keeping the CMS alive

After reading the above, you may have concluded that Drupal is as dead as a doornail. But we aren’t done yet—here are some benefits of Drupal and reasons why there is still some life in this CMS option:

Drupal is still being used by many well-known websites

Despite WordPress being the crowd favourite, Drupal is still being used on a not insignificant number of websites. As mentioned above, Builtwith estimates there being about 582,000 live websites currently using Drupal. And these websites include those belonging to:

Recognise any of these big names? You probably do. And if these organisations have found Drupal worth using, then it might be worth using for you, too.

Many things in Drupal work out of the box

If Drupal has one clear benefit, it’s that many things work out of the box. In other words, when you get Drupal up and running on your website, you’ll immediately get access to a range of functionality such as:

There’s no need to install these features via add-ons (also known as Drupal modules). You can also be sure that the features will play nice with your Drupal website — after all, they came shipped with it!

Contrast this with WordPress, which also includes some built-in functionality for SEO but not for a multilingual site setup. For whichever features the default WordPress installation lacks, and that you need, you’ll need to install them using third-party plugins.

However, these plugins may not have been optimised to work the best with each other. After all, they were built by different developers, and achieving 100% compatibility with all the other WordPress plugins out there — over 59,000 of them, according to the official WordPress plugin repository — probably isn’t high on their agenda. Especially if these other plugins are competing solutions built by other developers.

New versions of Drupal are still being released over the years

Software is truly dead only if development on it has stopped completely. And that is definitely not the case for Drupal, where new versions of it are still being released. Let’s take a short walk down history lane to recap the last few core versions of Drupal:

Each new major version of Drupal also comes with feature releases that improve upon the current version. As an example, the second feature release for Drupal 9, also known as Drupal 9.2.0, came shipped with an enhanced Olivero frontend theme.

As new versions of Drupal are released, older ones are given an expiry or “end-of-life” date, after which they will no longer be supported. For example, Drupal 7 has an end-of-life date of 1 November 2023.

But while you could ask is Drupal 7 dead after 1 November 2023? this doesn’t mean that Drupal as a whole will be dead! As we’ve seen, more recent Drupal core versions are still available, with further releases of Drupal on the roadmap (in fact, Drupal 10 is being worked on as we write).

Drupal usage is shifting from CMS to CMF

When people think about starting a website, many do so with the intent of publishing blog content. If so, then they’ll need a way of managing and organising their content in a meaningful manner for easy user navigation. For instance, this could involve creating a main content category and content subcategories, where the website owner then parks their content in the appropriate subcategories. Hence the demand for CMSs, which provide a user-friendly interface for doing just that.

While Drupal can be and has been used as a CMS, there has been a shift towards using it according to what it had originally been conceived to be: a content management framework (CMF). Drupal benefits from a highly flexible system that you can customise to meet your website’s specific content needs, such as by building your own CMS on top of it.

Think of Drupal as an open play area filled with Legos: if you want to build a Lego city, you won’t find many pre-built Lego buildings lying around for you to use to form your city. Instead, you’ll have to build your city from scratch using individual Lego bricks yourself. But the result is that you have free rein over the eventual look of your city - the only limits are your imagination (and your building expertise).

Hence, even if Drupal is losing popularity as a CMS for a blog, the benefit of Drupal is that devs are still using it as a CMF to build headless websites and apps with Drupal as their backend. It’s an exciting prospect for people who want to create truly bespoke websites, CMSs and apps, and have the expertise and resources to do so in Drupal.

So, is Drupal dead?

As a whole, it’s pretty clear that Drupal isn’t dead. Its user base may have shrunk over the years, but it is still being used by developers with the expertise to leverage the CMF to the fullest extent possible. So if you think you fall within this category, rest assured that there are other like-minded individuals who also think that Drupal has many benefits and is still worth using!

If you need hosting for your Drupal web development project, we provide best-in-class Drupal web hosting plans that include:

Did you enjoy our post on ‘Is Drupal Dead?’ Just drop us a line to learn how we can support your Drupal project. But if you decide that Drupal isn’t for you, no worries! In that case, you may want to opt for the WordPress or Joomla CMSs instead - and we’ve got web hosting plans to back you up on these fronts, too. Again, just get in touch and our award-winning support team will be happy to help. 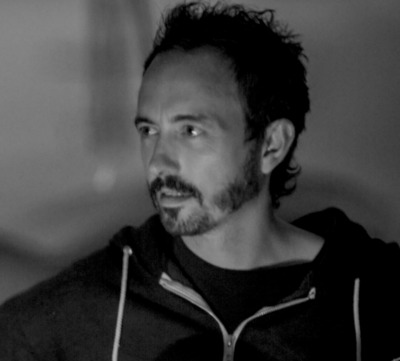 Darren Howard
I'm Darren and I'm the Copywriter at Krystal. Words are what I do. Aside from writing, I play guitar and sing in a band, work on getting my 2nd Dan in Taekwondo and seek adventure with my wife and daughter.